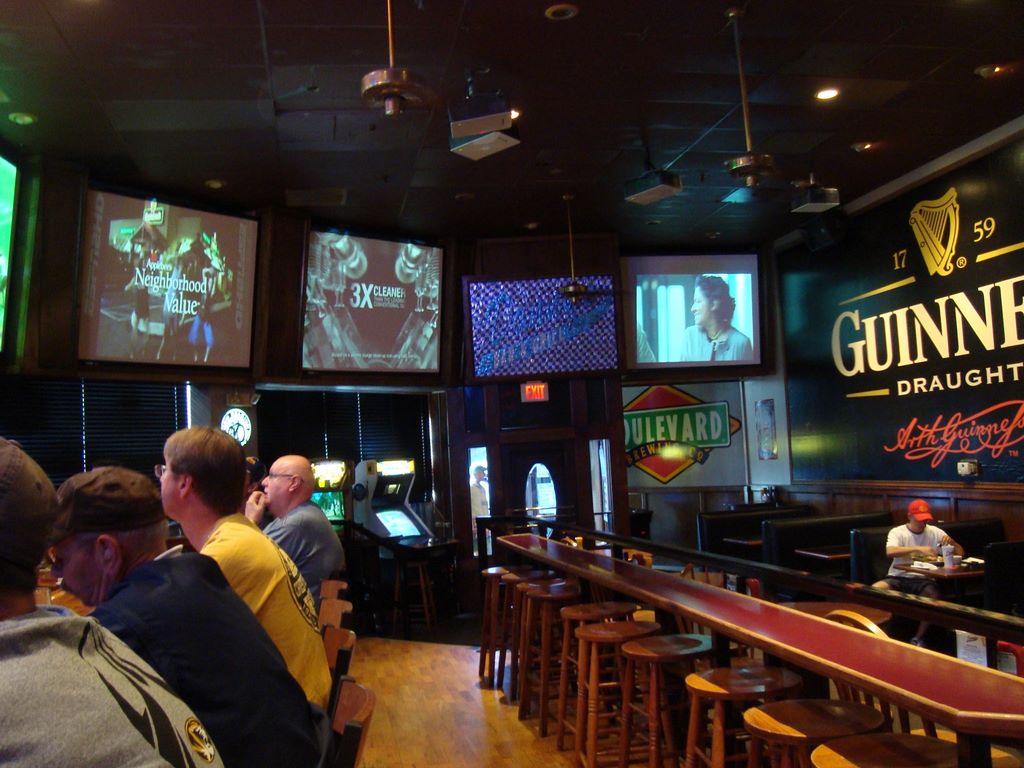 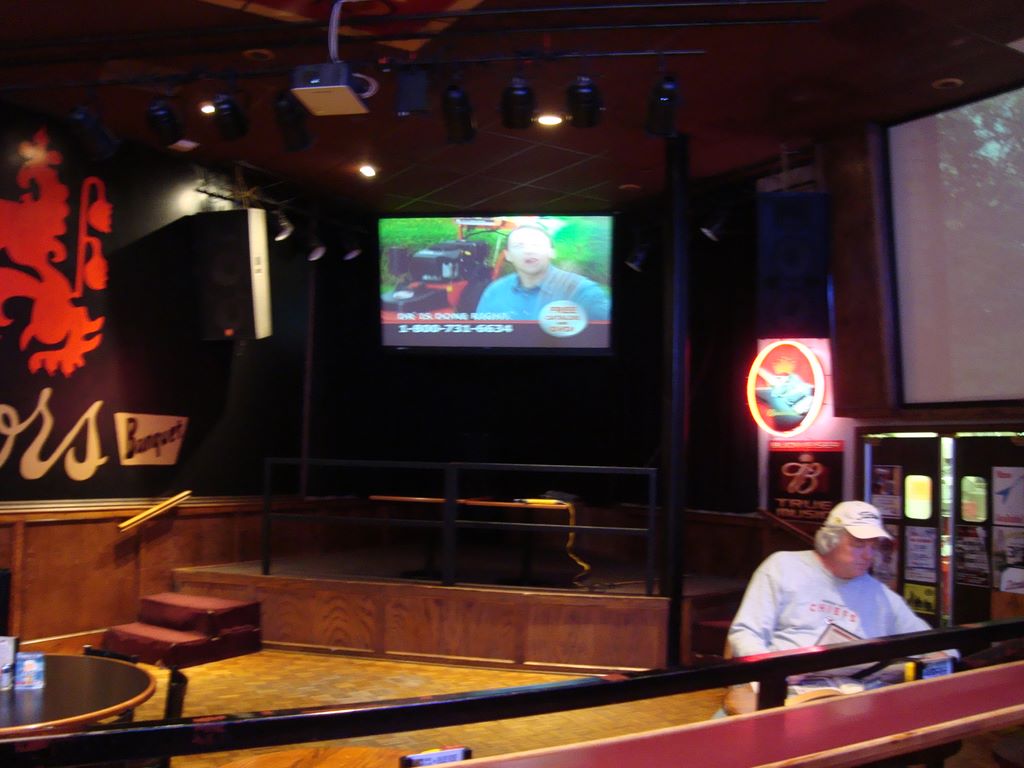 Danny’s Bar & Grill is tucked away in the shopping center at College & Pflumn but walking in you would have never guessed. Splattered all across the walls were TVs of various sizes. Big screens and HD TV screens covered most of the place, including over the music stage. Tucked away at the end of the bar was a game room for pool and darts but if that doesn’t float your boat the standard fare of Silverstrike, Buck Hunter Pro, and Golden Tee.

Of course, my favorite part of the bar was the one way mirror in the men’s urinal. Seriously, every bar needs this. It’s a little more relaxing and enjoyable checking out the whole bar while you drain your thing instead of looking at ads for pills for you thing. I also believe that instead of a one way mirror, a regular window should be in place. That way the whole bar can see the goofy faces guys make when they go number one. 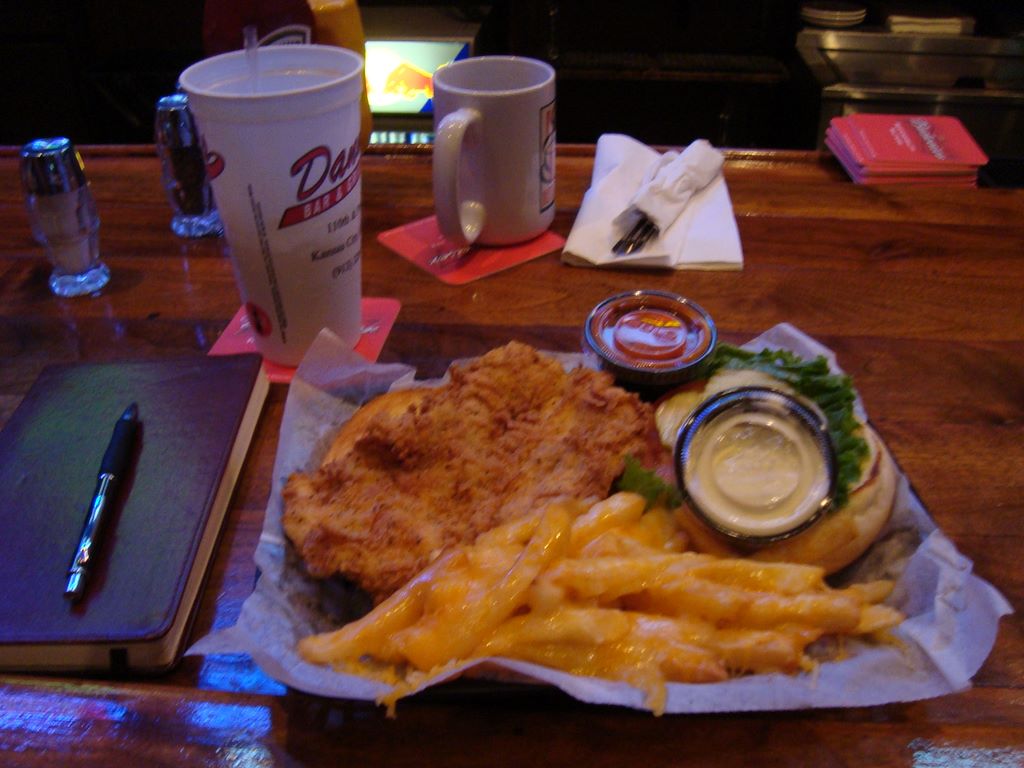 Needless to say, the atmosphere was not a number one, but it wasn’t a number two either. First off, the bartender (Christy’s her name I believe) was the absolute best bartender lady I’ve ever had get drinks for me. In between asking, “Want another beer, bitch?” to dishing out cocktails to even talking about the games she kept the experience light and enjoyable. The buffalo sandwich with bacon cheese fries (Christy’s side suggestion) was super tasty. The only real thing that wasn’t tasty was the lack of patrons. It didn’t fill up until toward the end of the evening, but it still dumbfounded me that a place with a load of TVs and great service didn’t bring in the bodies. Maybe it was the rain. Oh well, their loss.

There was a kind of loss in football action too. Most of the non-con games from the morning Big 10 wackiness was what it usually ends up being. Michigan nailed their first win after keeping it exciting with Miami of Ohio. Ohio State pulled away toward the end after Ohio decided that in state rivalries exist there as well. The other games were pretty much blowouts or forgettable. East Carolina ended up the darlings of the as even they trounced West Virginia, much to the chagrin of the Mountaineer group that somehow appeared.

Big 12 play was pretty much easy come, easy go. Everyone won. The end. I did see Oklahoma swat off a pesky Cincinnati. Kansas State rolled Montana State (and apparently newly chubby Wide Receiver coach Michael Beasley). KU beat down an uspet hungry Lat Tech. Hopefully Kendrick Harper will feel a little bit better after being carried off the field in a stretcher. All in all a good weekend for the Big 12. I’m even more pumped for the K-State/Louisville game a week from this Wednesday.

Check out Danny’s Bar & Grill if you get a chance. It’s a neat little place and they could use the crowd. You’ll get a good look at the games and hopefully it will be a little more competitive than what I witnessed. The football from this week merely whetted the appetite for some real football in the next coming weeks. If you run into Christy be sure to ask for some salt with your drink. She’ll probably rain down on you with some ice cubes.