Okay it’s quiet this week as we kick off real conference play next week.  Never fear, however, there are some great match ups for the weekend.  It’s Bunyan-mania as both the Paul Bunyan Trophy and Paul Bunyan’s Axe is up for grabs when Michigan goes to Michigan State and Wisconsin goes to Minnesota, respectively.  But hold on to you fertilizer, it’s FARMAGEDDON 2009 with Kansas State taking on Iowa State in Arrowhead Stadium in Kansas City.  Unfortunately nobody from the KCCGD crew will be there but we expect some dung flyin’ on the television.  LSU and Georgia should be a great battle.  Air Force will take on rival Navy.   An old Southwest Conference rivalry gets rekindled at Jerry Jones’ football mecca when Texas A&M takes on Arkansas.  Another ranked team takes on  Oklahoma when over hyped Miami hosts the Sooners.   Finally, to round out the night, we have a Pac 10 battle with 7th ranked USC taking on 24th California.  Should be a well rounded weekend even though the selection is small. 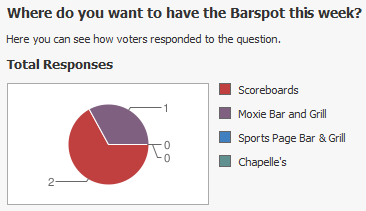