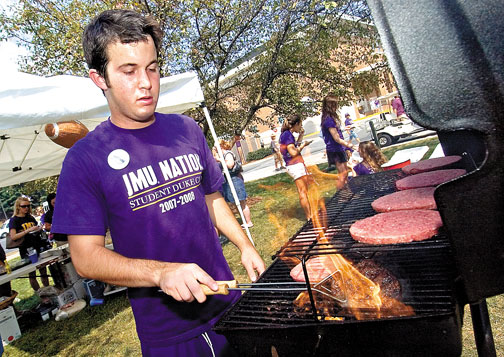 Today is the first road trip for the KCCGD crew and we’d thought it would be good to go over a few  pointers and needs for a pre game celebration.   In the interest of full disclosure, the tailgating this year will be provided from a corporate sponsor/donor for the Kansas Jayhawks so we’re not bringing much.  That said we do have a few expectations riding up to the game.  It should be a good one with Oklahoma at Kansas and we’ll hopefully be watching it with a full belly and a great smile.

Here’s a quick rundown of what you need:

So that’s the quick list.  Sure there’s other items, like the actual tickets, but we wanted to knock out the important ones while you’re getting ready to head out.  We’ll be heading out on buses to Lawrence and gnawing on some big ole buffet food and booze.  We got our colors, we gots the good people, and we’re ready to play and watch the games.