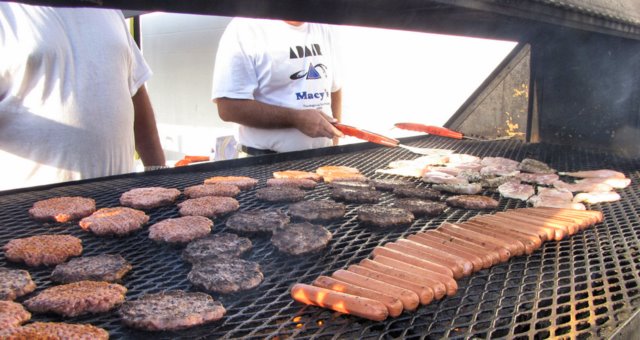 So let’s get down to beef tacks.  Kudos to everyone getting Georgia Tech, Oregon, Houston, TCU, and Oklahoma State right.  Jeers to everyone missing Utah and South Carolina.  The Purple Yeti sent the Michigan State,  pick down the wrong tube.  So did the King of Pop had A Va-J-J on the Auburn pick.  He made up for it on the Clemson, though.  Good call by Krizzou on picking Texas A&M over Texas Tech.  Tasty indeed.

So here we are in the meat of the course.  Katpak is packing it in with a new number one spot over Mangino is Fat.  Yeah he needs to spend some time on the treadmill.  KSU finally makes a bowl again is hovering around the table looking for scraps.   At the kids table, the Purple yeti is gaining some ground the competitors while Daniel Thomas is the Man follows suit.  They both need a feast of points to make it to the second helping.

And finally we have a the delicate and saucy dessert called the BCS standings.  Florida, Alabama, and Texas are in the same spot with Texas looking sweet over dull Missouri last week.  Iowa jumps to the number 4 spot after pulling some out some Lucky Charms against Michigan State (yes you can have that for dinner).  USC settles in at 5.  TCU proves to be the bigger BCS buster as they rolled BYU.   Boise State is left hoping Oregon keeps winning too to keep their cred up.  Cincy takes the 8 spot.  LSU won the Tiger Bowl and a scoop of ice cream with the win over Auburn and a 9 spot.  Oregon puts the cherry on top of the Top 10 and we are stuffed.  Time to sleep this one off.