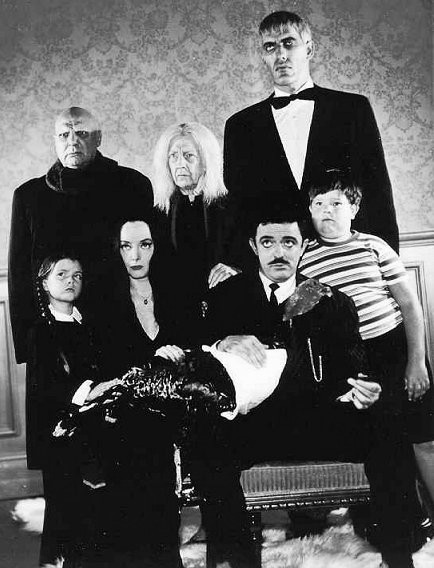 No no, we didn’t forget you today on this all Hallow’s Eve.  We just want to spook you out even more with today’s Game Day post.  We’re a big fan of the macabre on top of football so we though it would be fun to match up the Big 12 coaches with various members of the Addams Family.  If you remember the TV show and if you remember their New Yorker comics then you’re just too damn old.  At any rate, most of these guys fit in nicely with each character and you’ll be ghoulishly laughing all along the way.  Anything to take the thumping that the Big 12 South is putting on the Big 12 North off of our minds.

So who would be what?  Here we go:

Now, you’re wondering, what about the rest of the coaches?  Meh, there’s not enough family members to go around.  Besides, we need to run off and get ready for Halloween. Have fun watching the games tonight and try not to get too bothered by the trick or treaters.  Happy Halloween!