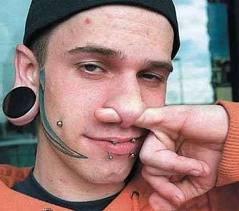 Why preview mode?  Because I’m tired of doing the ole cut and paste from the Yahoo Fantasy College Football Pick’Em, that’s why.  But I certainly don’t want to leave a gap in the ole coverage of this weekend’s game.  Yeah, I missed last weekend, but it was Labor Day so I didn’t really work.  I’m ready to stick it this week, so let’s find out what I think about this weekend’s games.  Follow along on the the ESPN Schedule.

Okay right out of the gate, I’m looking at my Kansas State Wildcats hosting the Miami Hurricanes.  I know they aren’t real in Manhattan, thanks to @KstateMask, but I would still bring an umbrella.  There’s something about this game that is somewhat flipped from last year.  Miami is now the big dog and I have a fear that they will end up on top at the end of this one.   Who knows?  I’m going with my Cats on this one but expect some major drama.

Not sure if I’m going to double up much at KCCGD HQ, as the rest of the early games look pretty damn weak.  I can’t even get into Auburn vs Mississippi State.  Moving on to the afternoon, I might pop on over to NBC and watch Notre Dame take on Purdue for the Shillelagh Trophy.  You know how I likes the rivalries.  Doubling up will be required here as Florida is heading to Texas A&M and Rice heads to Kansas.  Sure, it’s an SEC game on the first one but the curiosity is killing me.  I also want to see how Kansas looks, like if they are an actual football team or not.

The evening will be a busy one for me and it should be for you.  Washington vs LSU start it off early and then we get Nebraska vs UCLA, Georgia vs Missouri, and Oklahoma State vs Arizona.  There will be some serious stream flipping here.  Out of those three,  I must adming that Georgia heading to Missouri is the most interesting one, especially since the Tigers are talking some serious smack before the game.  A good second place is the Oklahoma State game.  I want to see that Wes Lunt kid.

Now how will the tide turn this weekend?  Well first off,  I’m not talking about the Alabama Crimson Tide (except for just there).  I think that Missouri will have a bigger chance against Georgia because the Bulldogs are not shipping over 4 of their starters due to whatever the reasoning.  Will that blow the door wide open for James Franklin?  Probably.  SEC is all defense (at least that’s what people tell me) so if they are missing over 1/3 of their starters, then they will have a hard time stopping an offense they hardly defend against.  I don’t even know who’s on offense for Georgia.  That’s all you need to know.  I’m still going with Georgia, but good gracious it’s a real tough call.

So that’s my sandwiched picks and sticks for this week.  I’ll try to make some more sense next week as I’m just shooting from the hip.  It’s fun though and I hope you have fun too.  Look forward to this coming every week of the season.  It’s gonna have my Kansas State pick as well as some other interesting nuggets o’ games for the weekend.   There’s may be some spreads coming into the mix but only in the name of good clean fun.  Strap it on, the games are about to begin so Pick It and Stick It!