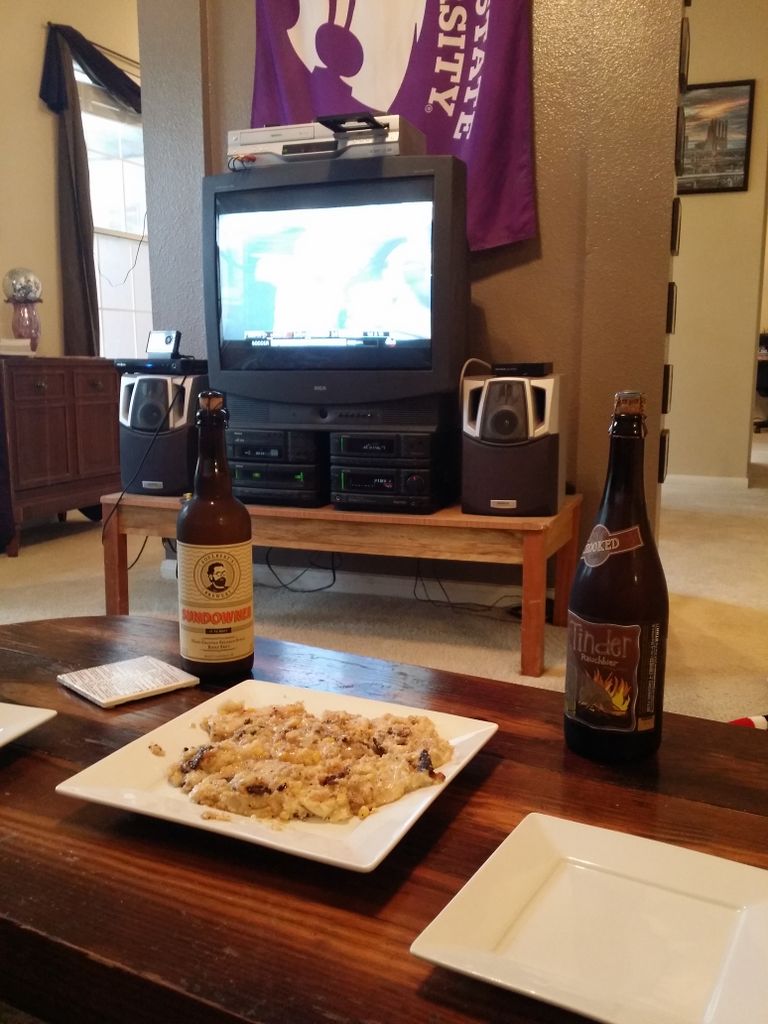 This week of football was Kansas State-less so I decided to try some tasty giblets or another land.  The results were not what I expected but the taste was beyond what I thought it would be.  On the field, it was about as all over the place performance wise so it matched the madness that I created with grit cakes.  Yes, I did a South dish in the Midwest. 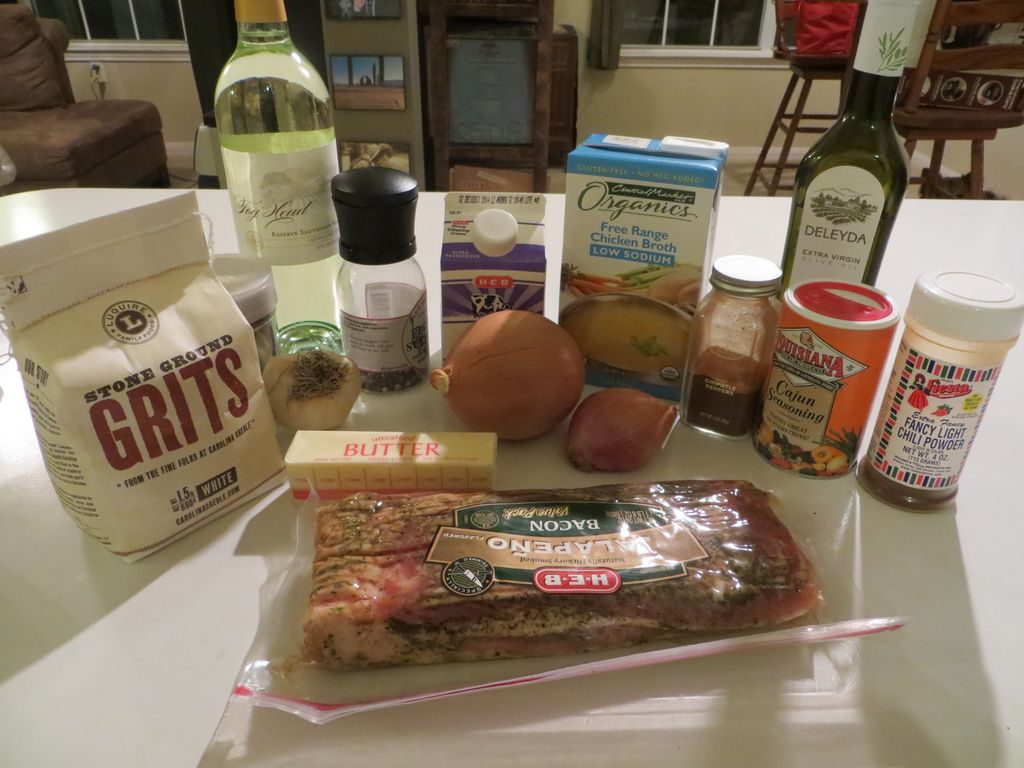 So this week, the big game for me, unfortunately, was Mississippi State at Alabama.  In honor of the Southern game, I decided to make some grits.  But not just any grits, grit cakes.  I used the recipe from Alabama Tailgate.  The instructions were kinda dumb but that’s what I expect from that region of the country.

Man alive it was real tough to cook.  It was actually cold down here in Austin and the ole electric grill (apartment rules, y’all) just couldn’t keep up with the gushiness.  I think the recipe was close but not exactly on in terms of cake making.  That set, the mush that came out was mouth waveringly good. Tinder, from Uinta Brewing Company, helped make it a worthy feeding.  The smoked flavor worked wonders with the bacon in the grits.  All in all, well worth the mistake.

Speaking of mistakes, let’s talk football games.  I watched most of the Alabama and Mississippi State game and the new kids on the block finally got booted out.  It’s easier to win big games when you’ve been there before.  Alabama did that and threw the playoff race even more on its head.  Kudos to the Tide and I hope Auburn rolls your ass to make way for either Baylor or TCU.

The Gushy Grit Cakes were not number one but they were a contender.  They are in the playoff for feedings of the year (that’s a good idea actually).  The football over the weekend helped weed out some other contenders.  Will we see it next week?  Will we see both a successful execution of a feeding along with a successful tasting?  I guess it’s in the feeding committee’s hands now.