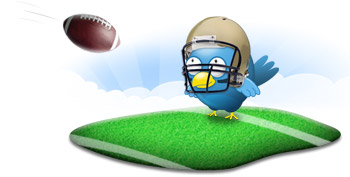 In the past, I’ve talked about how awesome Twitter was.  It still is.  But in the last couple of weeks I’ve fallen victim to some of the darker sides of Twitter.  By the darker side I mean the amount of fluff and rumors that spill out constantly.  So all of you know about what has been happening again with the Big 12 and realignment.  Actual news happens earlier in the week but with Twitter it’s rumors left and right.  I’ve accidentally found myself locked into the Twitter timelines of Big 12 where, after reflection, the news puked up things that took place nowhere near to what actually happened.  That’s where the learning lesson came in.

So for those of you who don’t know, really you should, Twitter is the end all be all short ass communication platform.  It was bred with SMS text messaging from your phone in mind and it grew into a real time platform.  When you can text message from your phone updates or update from the web, you are spitting out ideas as quick as possible.  Now that’s great and all, but you are limited to 140 characters.  Some people have found some creative ways to work around that and subsequently have been able to cram alot of information into.  Here’s where my beef  comes in.

In terms of major events, Twitter is great for up to date information.  But when it comes to speculation, it’s all over the place.  I read the last two weeks about BYU joining the Big 12 conference and it has yet to be fully realized.   Conversely, TCU joining the Big 12 was a quiet rumor, until it actually happened earlier this week.  Those two nuggets of information were parsed between rumors and reports of Texas wanting this and rumors and reports of the SEC wanting that.  The ratio of report to truth was just not acceptable.

That’s what you need to take away from Twitter.  It’s a good source of information, but you should lower your expectation down enough to not take most of it seriously.  Go ahead and follow sports celebrities and wonder at their musings about upcoming games and what not, but please don’t take sports reporters too seriously when they drop inside information out there.  Eight times out of ten they will be incorrect.

Okay, now that I’ve given you a primer on sports related Twitter, go out there and have some fun.  It’s not serious in first place and those who think it is will suffer more than you.  There are plenty of sports reporters out there just itching for you to follow them.  No, most of the time they will not talk about the sandwiches they ate, but they will try to say that they were first to report a bunch of things that end up being false.  As long as you know that, you should be good to go.