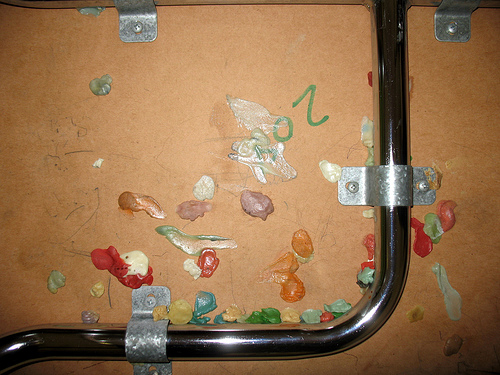 Whew!  Another close one for the Big 12.  I swear, the Big 12 is the greatest thing since MTV’s The Real World.  If you want to talk about the best conferences, then the one with the best drama factor definitely is the Big 12.  Yeah, they are staying together but we really don’t know for how long.  So while they hold hands again and tell everybody that things are cool, let’s focus on some actual football.  This week’s Pick It an Stick It kind of reflects the noise off the field.  Like the Big 12, most of the great games are stuck together around 2:30 Saturday.  That’s fine for me and my barspotting trip, but how will it fare for the picks?

There have been all bets off before but I don’t think I’ve ever seen the line at a straight up 0.0.  We have it this week with the Washington vs California game.  The other close match ups see USC at Arizona State as well as Florida State at Clemson.  As for shotgun blowouts, Boise State looks to take their blue turf bombers on down to Tulsa.  We also get to see South Florida try to hang more than 29 on UTEP.  That 2:30 block sees my Kansas State Wildcats take on Miami o’ Florida.  That will more than likely be fore the Hurricanes, but I have faith.  Also, somewhat exiting Texas A&M will band heads with Oklahoma State.  Of course, Alabama and Arkansas also have something going on at that time.  My eyeballs will be hurting after those games.