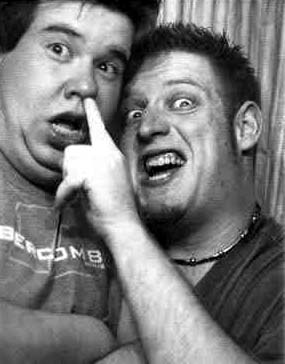 It’s high time to duke it out on the field for dominance on the college football landscape.  The unbeatens will dwindle down here real soon, if not this weekend, and it’s everyone team for themselves.  Please remember, however, by fighting I mean actually playing tough football.  I do not mean actually fighting the opposing players.  It seems in the last couple of weeks some players have been confused and took to fisticuffs.  Heck 41 players are suspended because of a big brawl that happened last weekend.  Please, when you go out there fight well in terms of football, not Mortal Kombat.  Now, it’s time to go over the Pick It and Stick It and look for some fatalities.  Finish Him!

Alrighty, speaking of fighting it out, it looks like Louisville and Rutgers will have a knockdown, drag out, football fight.  The next round on the card sees another close one with California taking on new Pac 12 brother Utah.  Now, there are some other round on the card that should be fairly lopsided on the judges scorecard.  Boise State  shows up again as they are ready to knock out Air Force.  In a rare SEC mismatch Alabama looks to give the ole one-two to Tennessee.  Now back in Big 12 land Oklahoma seems to have a comfy spread to punch through taking on Texas Tech.  The fight of the day starts early as Kansas State looks to duck and weave Kansas on their way to a bowl title belt.  This Sunflower Showdown is gonna be sweet.