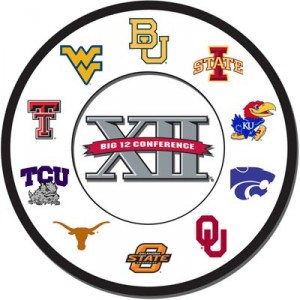 Ah yeah, the Big 12 is back baby!  Oh well, it didn’t really go anywhere.  Compared to last year, this offseason was a walk in the park.  Why is that?  Well, we have some new faces in the mix and some old faces hit the road.  I think truly for the first time in the last 3 years, there is some stability here.  That makes me happy.  What makes me happier is the new season so let’s see how this conference shakes out.

First and foremost, I want to take some time and give a grand farewell to the departed teams, Texas A&M and Missouri:

Okay, now that I’m done with that, let’s welcome the new members to conference, West Virginia and TCU!  Yes, that’s right it’s two teams who have actually won their conference championship.  What a fantastic upgrade it has become.  West Virginia’s slashing offense led by quarterback Geno Smith and head coach Dana Holgorson and TCU led by quarterback Casey Pachall and head coach Gary Patterson.  They bring alot to the table and just made the conference WAY harder.  So how do I think it will shake out?  Here’s how I think they will finish: 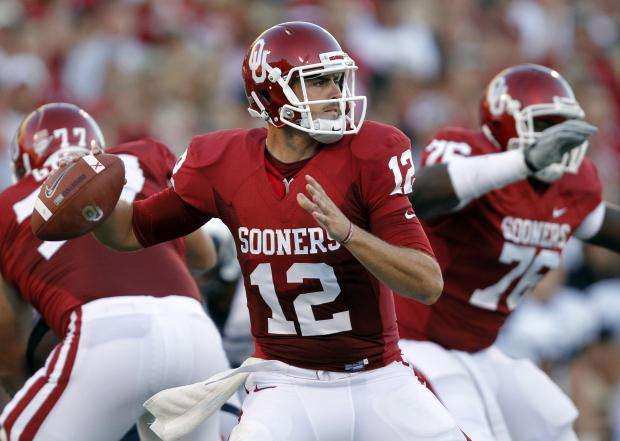 For jumping jimminies, you can switch out the top 6 in any order, although Oklahoma State has the best chance of dropping out.  3 conference champions, one Bill Snyder special, and a Texas team over promised at quarterback but with a stout defense.  This will be the toughest call for me ever Big 12 wise.  It was easier when we had a title game because then the cream usually rose to the top.  But now we have a round robin and we have tougher competition.  There’s just no way anyone will finish undefeated in this conference and if there is a one loss team, they should be pegged for a BCS National Championship appearance (FU SEC).

So there you have it.  It’s a tough call but I made.  It’s a good thing I haven’t put any money on it or else I’d be sweating the whole year.  There’s some great games coming our way, too. Pretty much all of the ones where West Virginia plays a perennial power.  TCU has some good ones in there too.  Also, there’s Red River Shootout.  Kansas State and Texas will be ultra close.  Can’t forget about Farmageddon.  Bedlam.  Baylor and TCU have a huge rivalry.  The list just keeps going and going.  Let’s hope we see some good new rivalries with the conference n00bs too. 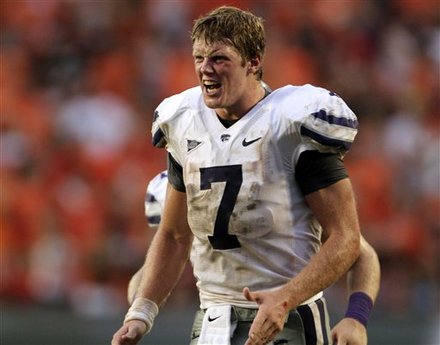 As for players, I’m not sure who will shine this year.  I have a hunch Landry Jones will fall off big time this year.  The offensive line broke in camp for him.  Collin Klein will do well, but I don’t see his arm getting better.  Geno Smith might be the guy this year, quarterback wise.  Defensively, Arthur Brown is my homer pick to the best.  There’s alot of smack coming from down here in Austin about Texas’ defensive ends, but there’s always a lopsided smack/reality ratio when dealing with Texas.  A.J Klein from Iowa State will be a hoss too.  As for anybody else, I can’t really think about so those are my picks for top players.

Don’t ask me how they’ll do in bowls.  That will come in my Dart Predictions.  For now, let’s bask in the glory that is Big 12 football.  Cue the Friedrich Neitzsche:  Whatever doesn’t kill you, makes you stronger.  We lost 2 zeros and got 2 heroes.  It’s a new, way more competitive day here in the Big 12.  And we get to watch them strap it in and bust helmets (although by no means am I advocating concussions).